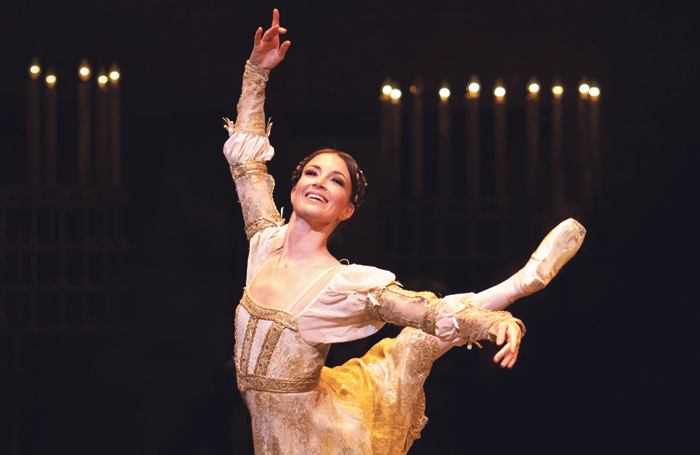 Lauren Cuthbertson is one of my favorite five performing ballerinas. The following is a brief biography that I copied from the Royal Ballet site.
English dancer Lauren Cuthbertson is a Principal of The Royal Ballet. She studied at The Royal Ballet School as a junior associate and at White Lodge and the Upper School, and joined the Company in 2002. She was promoted to Soloist in 2003, First Soloist in 2006 and Principal in 2008. Cuthbertson was born in Devon. Awards include Young British Dancer of the Year (2001), the 2004 Critics’ Circle National Dance Award for Outstanding Female Performance (Classical) and silver medal at the Varna International Ballet Competition in 2006, where she represented Great Britain. She is an active patron of National Youth Ballet and London Children’s Ballet. Cuthbertson’s repertory with the Company includes leading roles in the classical ballets, Juliet, Manon, Anastasia and roles in many other works by Kenneth MacMillan, and leading roles in works by choreographers including Frederick Ashton, George Balanchine, David Bintley, Alastair Marriott, Wayne McGregor, Jerome Robbins, Liam Scarlett, Glen Tetley and Christopher Wheeldon. Her role creations include La Glace (Les Saisons), Alice (Alice’s Adventures in Wonderland), Hermione (The Winter’s Tale) and in Symphonic Variations, Tryst, Qualia, Chroma, Infra, Acis and Galatea (The Royal Opera), Live Fire Exercise, The Human Seasons, Tetractys and Multiverse.