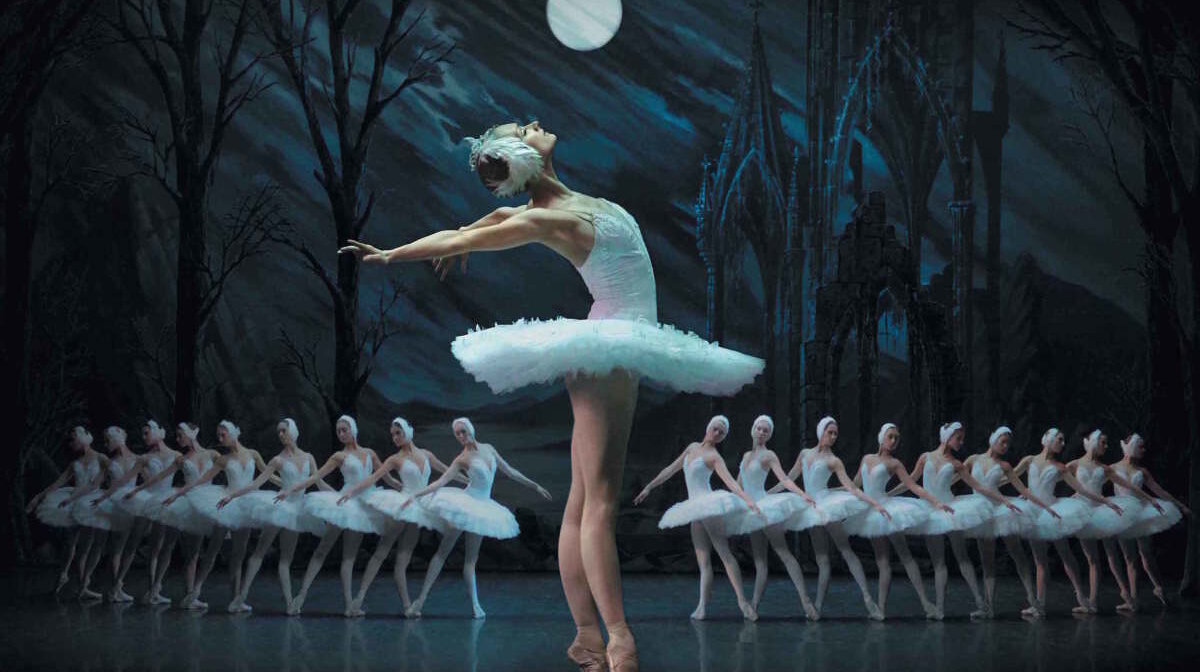 Swan Lake is a ballet composed by Pyotr Ilych Tchaikovsky in 1875-1876. Despite its initial failure, it is now the most popular ballet of all time. It did not become that popular until Marius Petipa and Lev Ivanov choreographed Tchaikovsky’s masterpiece, in the early 1900’s, after the composer early death. I always sustain that when Tchaikovsky composed the Swan Lake, he was touched by the hand of God.
The Swan Lake is what kindled my love of classical music, specially ballet. Listening to it is sheer rupture. Great music and especially melodies, one after another. I believe I listened to Swan Lake, for the first time, when I was 10 and I never stopped; I'm 72. I must have listened to it at least 250 times and I never get tired of it.
It is a ballet in four acts with a prelude. The following is a sypnosis:

PRELUDE
Night. A palace terrace by a lake.
As his coming of age approaches, Prince Siegfried feels the heavy responsibilities of his rank. He grieves, too, recalling the funeral of his royal father that so overwhelmed him as a young boy.
ACT I
Next day. The palace gardens.
Amidst the busy preparations for the Prince’s birthday, his young friends, fellow officers, and ladies of the court, seek to distract him from his melancholy. His widowed mother the Queen arrives with the Chancellor, who has effectively ruled the kingdom since the King’s death. Four foreign princesses are presented by their ambassadors as potential fiancées for the Prince, but he seeks diversion in drinking toasts and dancing. As evening falls, he feels the familiar lure of the lake, with its promise of comfort in solitude.
ACT II
That night. The lake.
Siegfried is transfixed by the appearance of a swan, which changes before his eyes into the Princess Odette. She and her maidens are prisoners of the sorcerer von Rothbart, and condemned to be swans for all but a few hours of each night. Only a vow of true love and fidelity can break the spell. Entranced himself, Siegfried gradually woos Odette, and promises her his love: Odette gives him her heart, although she fears the elemental powers of the malevolent magician.
ACT III
The next night. The palace ballroom.
A great ball is in progress, and this evening a distracted Prince is expected to choose a future consort to reign with him. None are aware of his secret love for Odette. The festivities are interrupted by the arrival of von Rothbart and his retinue, which includes his daughter Odile. Strangely resembling Odette, the seductive beauty captivates Siegfried, who allows himself to fall under her spell, and to break the vow of fidelity. As von Rothbart triumphs, Siegfried runs from the palace in despair.
ACT IV
That night. The lake.
The swan maidens, now spellbound forever, have gathered to protect Odette. Desolate, the Prince begs her forgiveness, which she bestows, knowing that they must part. In desperation he drowns himself, but as von Rothbart gathers his body from the lake, the soul of Odette is released. Although she will remain a swan, she is free of von Rothbart forever.

Needless to say that Swan Lake is my favorite ballet. I have watched it over 50 times in person and over the Internet. I have listened to the music score over 100 times in my lifetime. I have never gotten tired of it. My favorite dancing duo is Margot Fonteyn and Rudolf Nureyev. They are considered the best duo of all time. The following link is to this duo performing the Pas de Duex from Le Corsaire: You will not see the "Pyrotechnics" from both until the last two minutes.


The following links are to: