La Bayadere with Maria Alexandrova at the Bolshoi 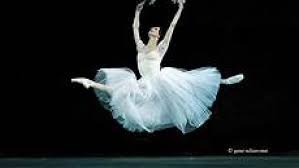 Svetlana Zakharova is my favorite all-time classical ballet ballerina.  I prefer her to Margot Fonteyn, who was the picture of perfection. Svetlana is not only perfect, she seems to float in the air. I often believe that she learned to dance before learning to walk! If the previous was not enough, she is also beautiful.

The following is  link to the ballet "The Swan Lake" bay Tchaikovsky withy Roberto Bolle at the The Scala of Milan: https://www.youtube.com/watch?v=6LKyWPmtX7Y. Svetlana performs Odette in the second and fourth acts and Odile in the third act. the story of the Swan Lake tells the tale of the doomed love of Prince Siegfried and Princess Odette. Prince Siegfried goes out hunting one night and chases a group of swans – one of them transforms into a young woman, Odette, who explains that she and her companions were turned into swans by the evil Baron Von Rothbart.The spell can only be broken if someone who has never loved before swears an oath of undying love and promises to marry her. The Prince declares his love to Odette and promises to be loyal forever.At a grand reception at the palace, the Prince must choose a bride – but he can think only of Odette. Suddenly a fanfare announces the arrival of two guests – it is Odette! The prince dances with her and asks for her hand in marriage.But it’s not Odette – the mystery woman is the daughter of the evil von Rothbart, Odile. Odette has witnessed the whole scene. Too late, Siegfried realises his mistake.Siegfried follows Odette to the lake and begs her forgiveness. She says she forgives him but nothing can change the fact he broke his vow. They decide to die together. The lovers throw themselves into the lake. 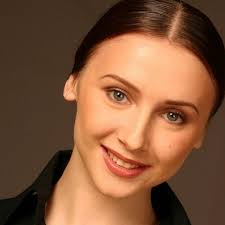 "People’s Artist of Russia, laureate of the Russian state prize, prima ballerina of the Bolshoi Theatre of Russia, étoile of La Scala, Svetlana Zakharova was born in Lutsk (Ukraine). At the age of 10 she entered the Kiev Choreography School. Having spend six years in the class of Valeria Sulegina, she took part in the international young dancers contest “Vaganova Prix” in Saint Petersburg, where she was the youngest ballet dancer. Then at the age of 15 Svetlana won the second prize.

After the contest she accepted the invitation to go to the famous Vaganova Ballet Academy in Saint Petersburg. She skipped the second class and went straight to the graduating class which was the only case in the whole history of this educational institution. 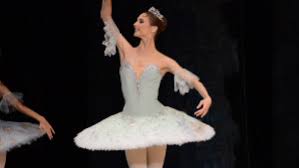 Zakharova immediately drew attention to herself and six months later, she took invitation to perform a solo part in the ballet “Don Quixote” in the Mariinsky Theatre. The graduate from the class by Elena Evteeva perfectly managed to perform one of the most complicated classical roles – the Queen of the Dryads. This is how the young star of the Russian ballet was rising. When she was seventeen, Svetlana Zakharova graduated from the Vaganova Academy and in nearly no time she was accepted into the legendary ballet company of the Mariinsky Theatre.

Svetlana was noticed by the outstanding teacher of the Mariinsky Theatre and a famous ballet dancer the People’s artist of Russia Olga Moiseeva. Under her guidance, Zakharova debuted as Maria in “The Fountain of Bakhchisarai”. Then she danced Gulnara in “Le Corsaire” and performed “The 7th Waltz and Mazurka” in “Chopiniana”. 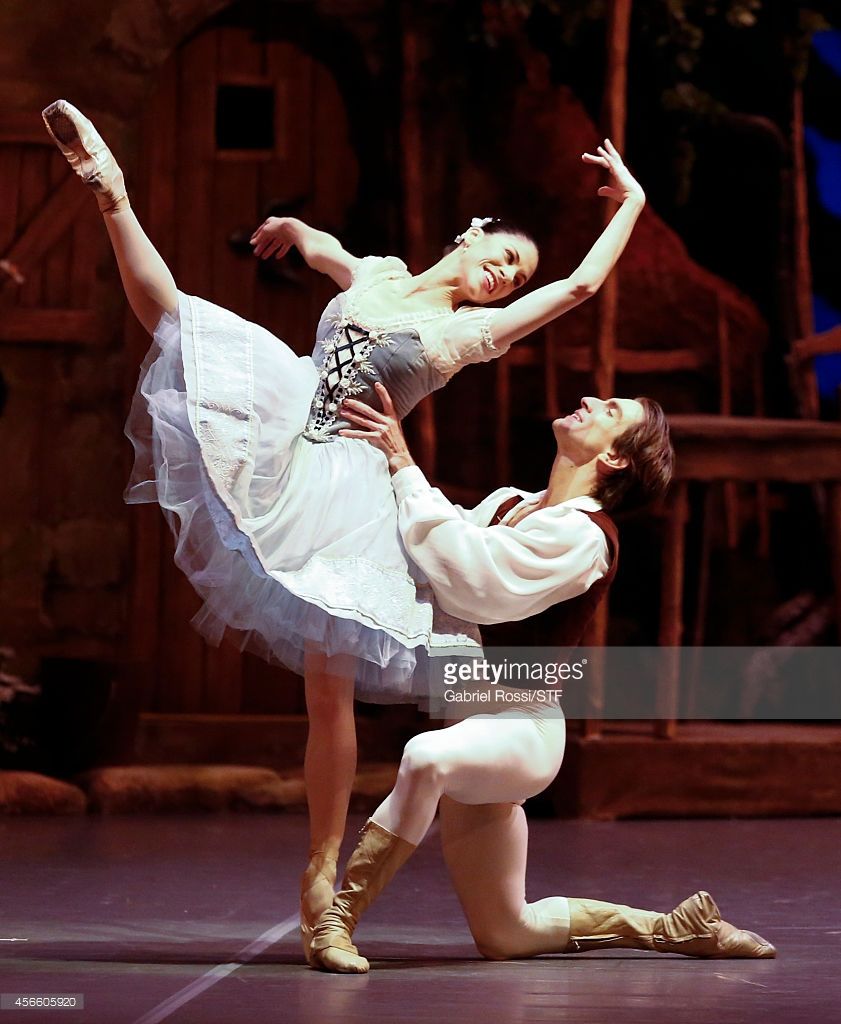 But the most tremendous success was brought to her by the role of Giselle in the ballet of the same name. Both the audiences and the ballet critics were full with excitement about Zakharova’s performance and demonstrated incredible interest in her. Shortly after the premiere Zakharova received an offer from Vladimir Vasiliev to join the company of the Bolshoi Theater in Moscow.

Having received her official ‘prima’ status at the age of 18, Svetlana continued her work for the Mariinsky Theater expanding her repertoire with classical and modern pieces: “The Sleeping Beauty”, “Swan Lake”, “Bayadère”, “Don Quixote”, - as well as premieres by George Balanchine. Zakharova successfully performed the pas des deux by Tchaikovsky and starred in “Apollo”, “Serenade”, “The Symphony in C” and “Diamonds in Jewels”. Zakharova also met with the great choreographer John Neumeier. In his ballet “Now and then” the young ballet dancer was presented as an ultra-modern artist, capable of mastering styles and genres of dance beyond the art of classical ballet.

At the same time she starts to receive international recognition. Her global fame is rapidly growing. In 2001, she signed her first contract with L’Opera de Paris for “Bayadère”. It was the first time in thirty years when a ballet dancer from Russia had a chance to perform on French capital’s famous stage. Zakharova is on tour to every part of the world: New York Metropolitan Opera, London Covent Garden, The Teatro Colón in Buenos Aires, Bayerische Staatsoper in Munich, Teatro di san Carlo in Napoli, Vienna Opera, National Theater in Tokyo, stages in many cities of Europe, Asia, Australia and South America. La Scala signs a long-term contract with her and awards her with the status of étoile. It was the first time in the history of this great theater, no Russian ballet dancer had been awarded this honor before. She also takes part in DVD-recordings of “Swan Lake”, “Bayadère” and “Giselle”. 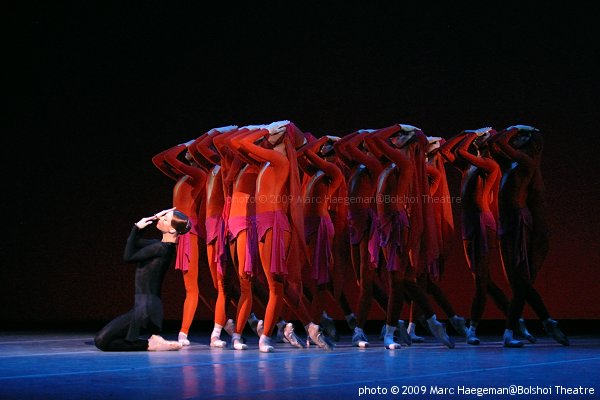 In 2003 Svetlana Zakharova decided to join the ballet company of the Bolshoi Theater. Famous ballet dancer People’s Artist of Russia Ludmila Semeniaka has become her tutor. Zakharova’s first work in the Bolshoi was the ballet-premiere “La Fille du Pharaon” by the famous choreographer Pierre Lacotte. A recording of this ballet was issued on DVD. Gradually Zakharova was introduced into every piece of the Bolshoi’s classical repertoire, into the ballets by one of the greatest choreographers of our time, Yuri Grigorovich.

Svetlana Zakharova is, in equal measure, a unique and universal performer of classical heritage ballets and she demonstrates her mastery in Russia and all over the world. Staying strong in the pursuit of her goals, the ballet dancer continues to expand her repertoire with the modern pieces and programs. Without fear, she experiments and makes use of the modern technical capabilities.

In 2006, Svetlana Zakharova becomes a member of the Presidential Council for Culture and Art. 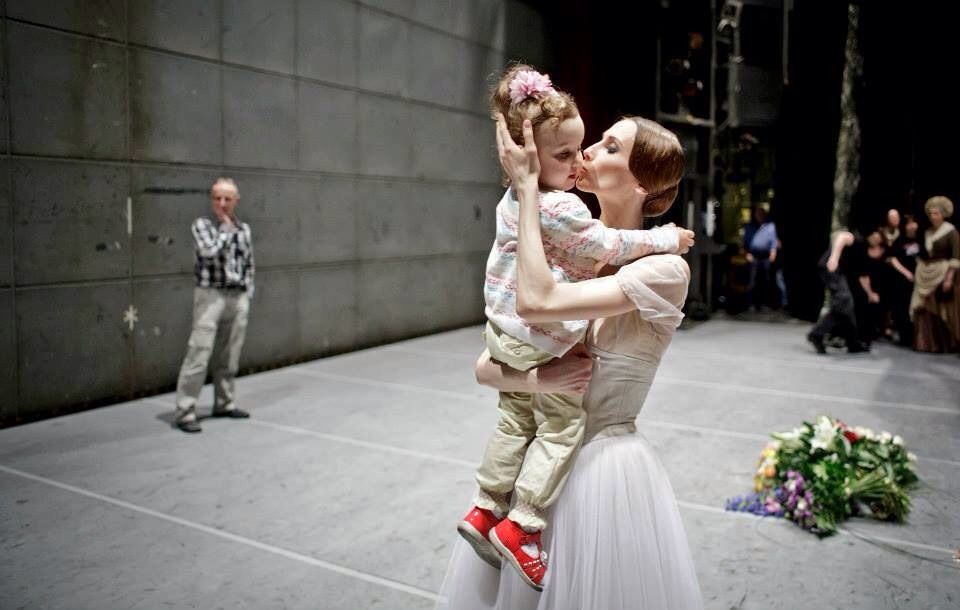 In 2007, for the talented embodiment of scenic images, development of great traditions of the Russian Ballet, Svetlana Zakharova was awarded with the State Prize of the Russian Federation.

In 2008 the famous ballet dancer was elected a State Duma Deputy, she served one term in the Russian parliament from 2008 to 2012. As a prominent representative of the Russian Culture, Svetlana Zakharova was given the honor of taking part in the Opening Ceremony of the Winter Olympic Games in Sochi in 2014.

Her “Natasha Rostova’s first ball” won the hearts of millions with beauty and fine artistic image. In her interview Svetlana confesses: “Such an event can happen only once in a lifetime. I will never forget those emotions which I experienced at the moment of my performance: excitement mixed together with incredible euphoria and happiness from the event.” 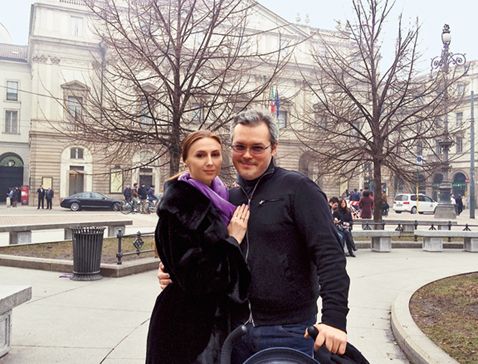 Svetlana's Awards:
– The highest theater award of St. Petersburg Golden Soffit
– The Golden Mask awards
– Best Dance of the Year award by Italian Danza magazine
– People of our City award, Saint Petersburg
– The Meritorious Artist of Russia
– Benois de la Danse award
– The State Prize of the Russian Federation (for the talented interpretation of roles and development of the great traditions of the Russian ballet)
2– Soul of the Dance award by The Ballet magazine, Queen of the Dance nomination
2– The People’s Artist of Russia
2– La Scala Ballet Étoile Officier of the Ordre des Arts et des Lettres of France
2– Twice a laureate of Benois de la Danse award
Links to Svetlana Zakharova's ballet performances:
Giselle
The Sleeping Beauty
Swan Lake with Roberto Bolle
The Pharaos' Daughter
Aurora's Variation
La Bayadere with Roberto Bolle
La Bayadere at the Bolshoi
Posted by Ramesses at 10:55 AM