"Nikon Ways" make sense to Nikon but not to anyone else. As I said in a previous message, I'm getting to the end of the line with them. I am very sure that in the long run they have a very well thought out line of products that they are going to introduce the coming year and even in the next five years. The problem is that they adhere to their well honored tradition of stealth decisions, shrouded in veils of secrecy, executed with cloak and dagger. Probably, they had planed the AF-S 35mm DX f/1.8 and the AF-S 10-24mm DX f/3.5-4.5 with other lenses to be introduced this year, for example. However, they could have rushed the introduction of the mentioned lenses because DX lenses are big sellers especially in a world-wide economic recession. To me, it looks like they have no plan and that they are all over the field making them very unpredictable.
Obviously Nikon has its own time table; so do I. Why do I have to march to theirs? I need to know what they are working on so I can plan accordin 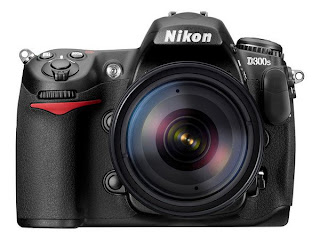 gly and even develop my own 5-year plan. At this time, it is a fly-by-the-pants type of approach to photo equipment. I do not expect or demand to know exactly what Nikon is working on like a AF-S 70-200mm f/2.5G VRII ED-IF N due to be released on 30 August 2009, but more like what Nikon is working like mid-range primes but with an uncertain release date. That is all I need.

According to rumors that are flying all over the Internet, Nikon has scheduled two press conferences: July 30th and August 4th. The guess is that they are going to announce the D300s in the July press conference and the D4000 in the August one. Even to the level of a Nikon Press conference is shrouded in mystery. They are also expected announce several Coolpix cameras and new lenses in both press conferences. Therefore, I have postponed my next lens decision until then. If not, I'm bolting to Zeiss.

The problem is that Nikkor lenses are excellent and for the price, second to none, if not for the secrecy. I expect the new version of the AF-S 80-400mm f/4-5.6G ED-IF N to be one of the lenses announced. I have no doubt that the quality will rival that of the Nikon 70-200 VR, but slower. When, I ordered my copy of the 70-200 VR knowing that 80-400 was a done deal and a matter of time. I still can't believe that Nikon took such a long time with this lens. I strongly believe it would be a huge seller. Sigma has killed Nikon in this price range and focal length.
I am hoping for several lenses:
Posted by Ramesses at 5:11 PM